For an online raffle for art educators, I wanted to create a stenciled tote with a face that they would all recognize.

First, I found three famous, recognizable faces online that had a strong sense of light and shadow, Michelangelo’s Adam from the Sistine Chapel ceiling, Vermeer’s Girl with a Pearl Earring, and Da Vinci’s Mona Lisa. I printed them out on my printer and then increased their size on a copy machine. To figure out the precise size I wanted the stencil to ultimately be, I made two or three sizes on the copier, and placed them on the tote bag. 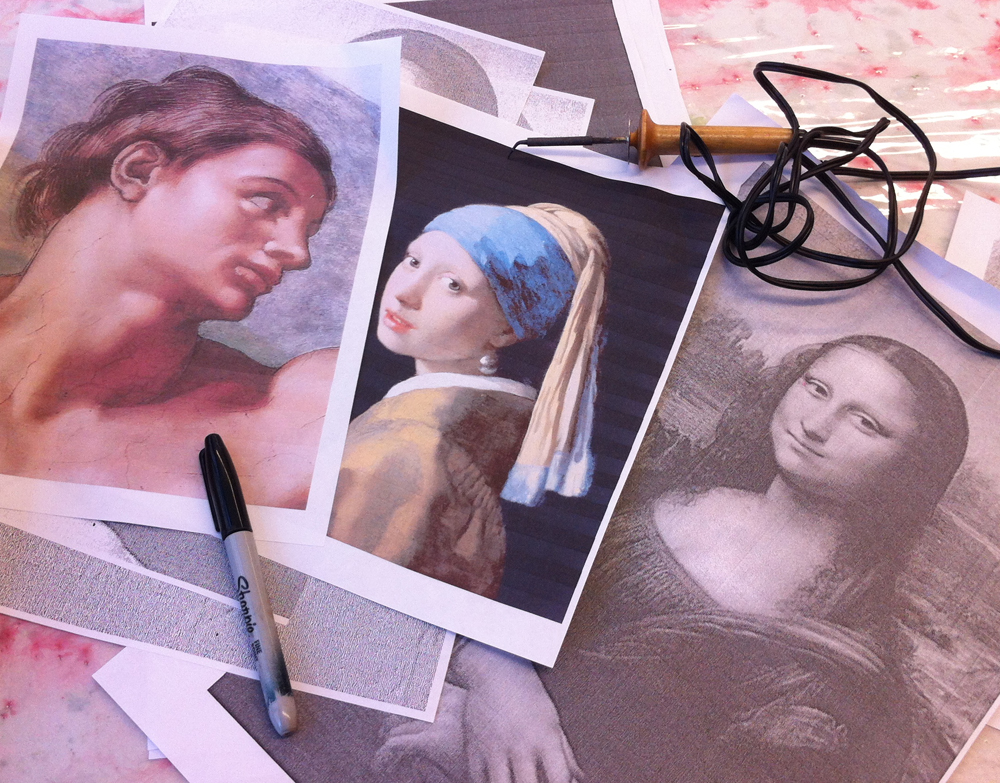 With a fine point pen, I started tracing around major shadow patterns. I used two colors, thinking initially that the stencil would be two colors: the ecru of the canvas tote would be the lightest color, and there would be a medium tone and a dark tone. 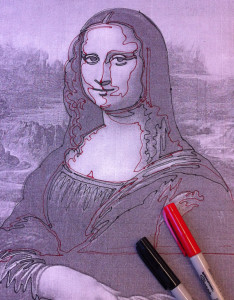 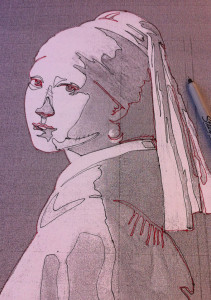 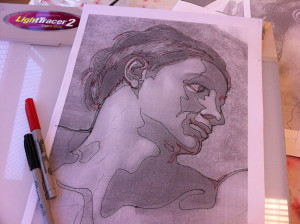 I rejected Mona Lisa, not because she isn’t a wonderful image, but because she is SO recognizable, and because her shadows were so soft and also so complex, I thought she might need more stencil layers to make her work. AND, I liked the vermeer and Adam better. Let’s focus on Adam: 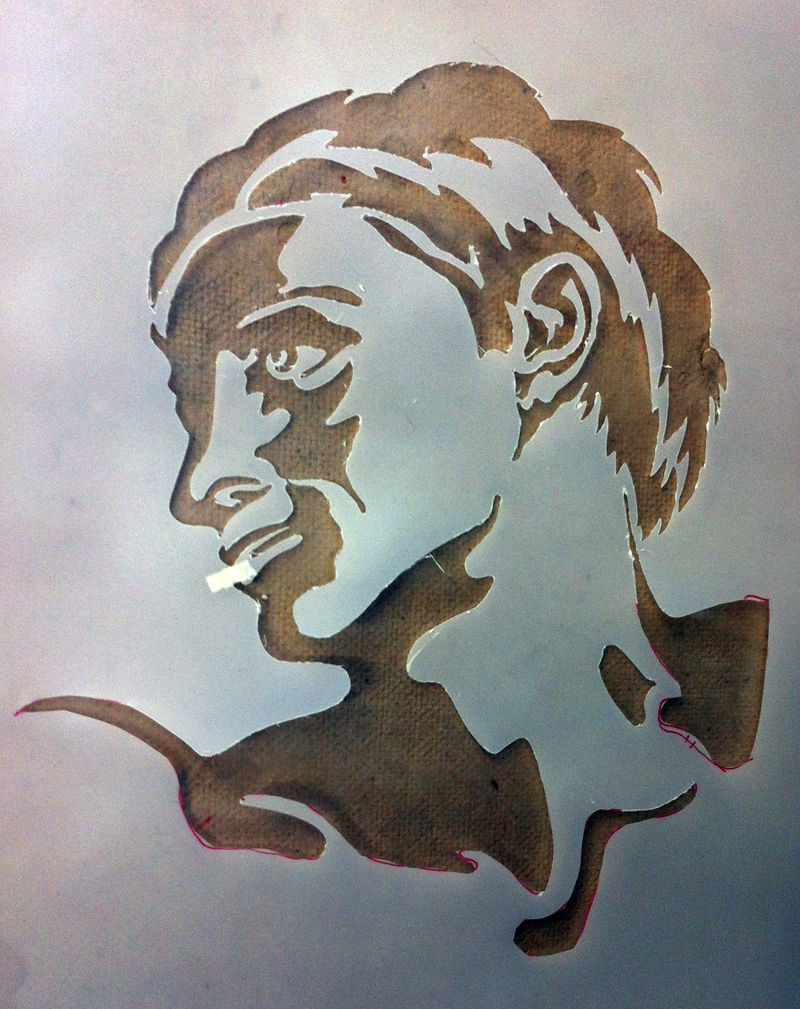 This is the complete Adam stencil. I cut it out with a stencil burner (see the first picture to see this tool), thus the little melted blobs along the edges of the stencil. The stencil burner allowed me to cut the more detailed parts, like his ear and eye without killing my hand cutting it with an X-acto knife. I slipped and had to use a double piece of masking tape to put his mouth highlight back in… 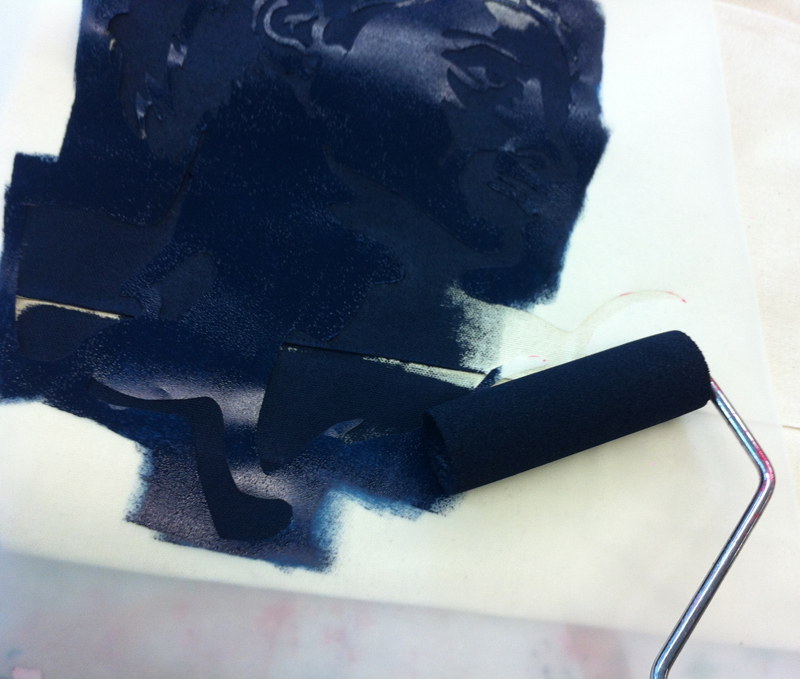 I sprayed the back of the stencil with Spraymount (in a well ventilated space, with an exhaust fan), placed the stencil on the canvas tote, and used a foam roller to paint the deep navy blue acrylic paint. I had to use a brush to catch the places where the roller couldn’t hit–across the pocket join. 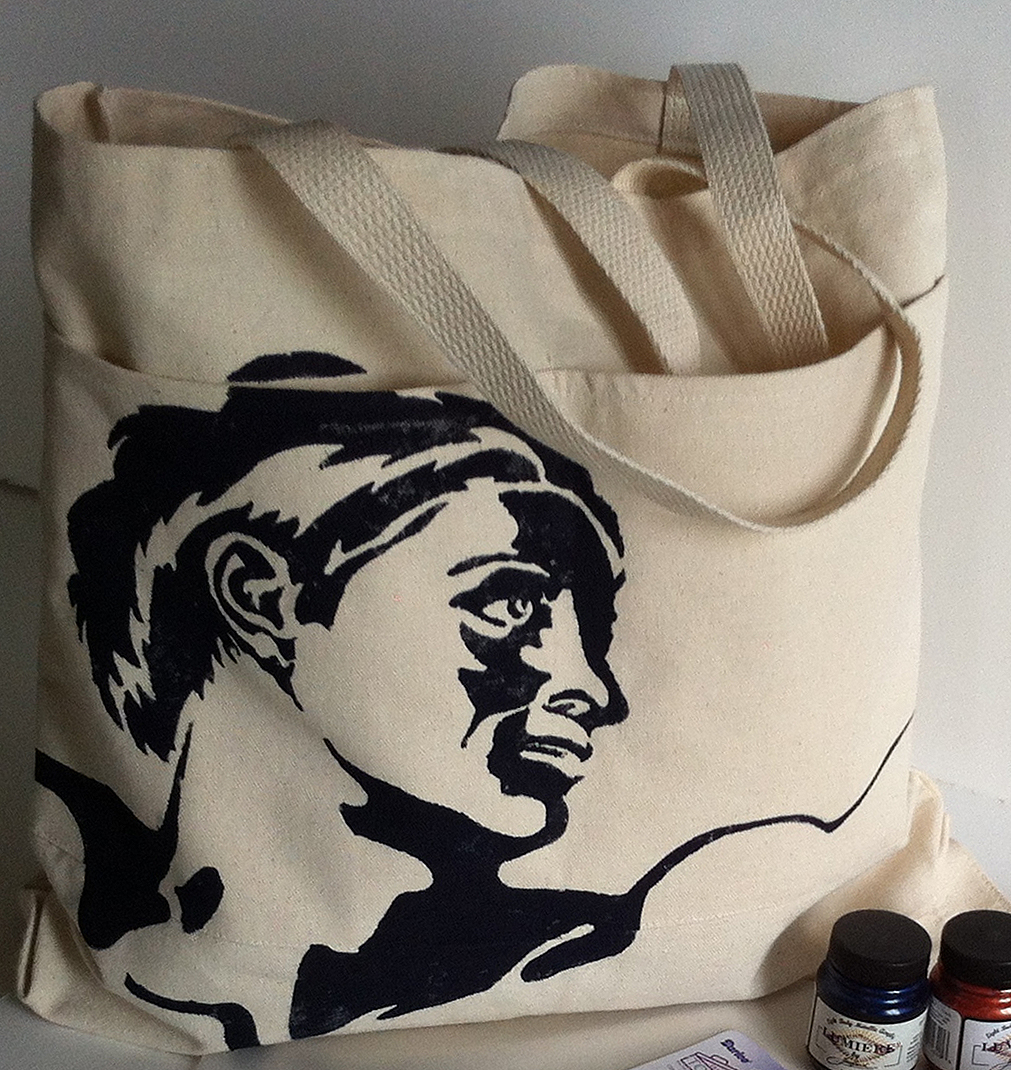 This is the completed tote.  As you can see, I extended the arm line on the right with a brush, and if I paint a series of these bags, will add the arm line to the original stencil. This tote will be a part of a raffle package, including paint, a sponge, stencil brushes, stencil mylar, a craft knife and blades, as well as a copy of my new book, STENCIL CRAFT: TECHNIQUES FOR FASHION, ART AND HOME.

You can find more about this technique–making stencil portraits of people and animals–in Stencil Craft, available at bookstores near you, and these vendors: 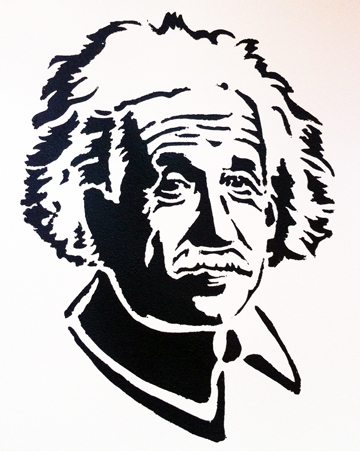