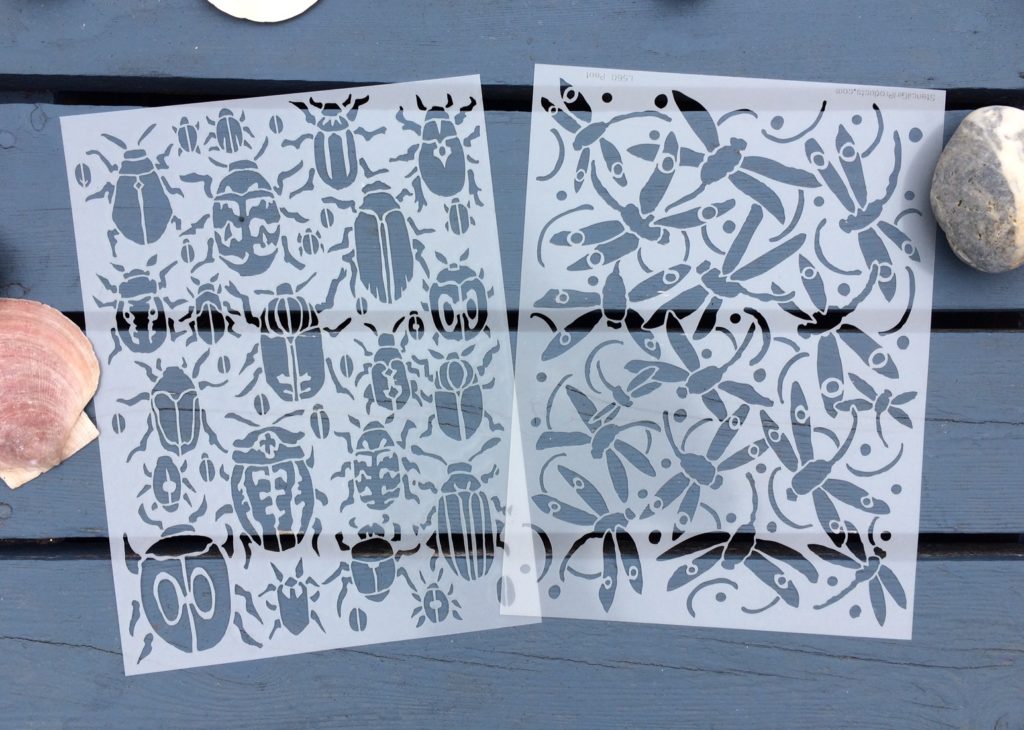 I have always been interested in bugs. I’ll admit it. I think they are wonderfully beautiful, with some notable exceptions. One of the most satisfying picture books I own is a tiny one full of jewel-like insects called “An Inordinate Fondness for Beetles,” the title from the famous evolutionary biologist John Burdon Sanderson Haldane (1892-1964), who said this while alluding to theologists that the Creator might have had an “inordinate fondness for beetles” given the fact that not only are there more beetles than any other type of insect, but more than any other type of fauna altogether.

I sprayed the base of this with Ranger Distress Inks and then worked into it with watercolor, markers, ink pens and a silver Sharpie.

I know dragonflies are multicolored. I have seen huge blue ones here at the beach, as well as tiny golden ones, green, black and white, silver. But these, somehow, I wanted to be monotone. I started with Ranger Distress inks and the L560 Dragonfly Background Stencil, fully expecting to make them every color, but I ended up drawing into them with a pen, and adding some silver Sharpie highlights, and was quite satisfied to leave well enough alone after that!

Haldane also said, “I have no doubt that in reality the future will be vastly more surprising than anything I can imagine. Now my own suspicion is that the Universe is not only queerer that we suppose but queerer that we can suppose.” (from Possible Worlds and Other Papers, 1927), which is just pleasing, and has nothing to do with bugs. 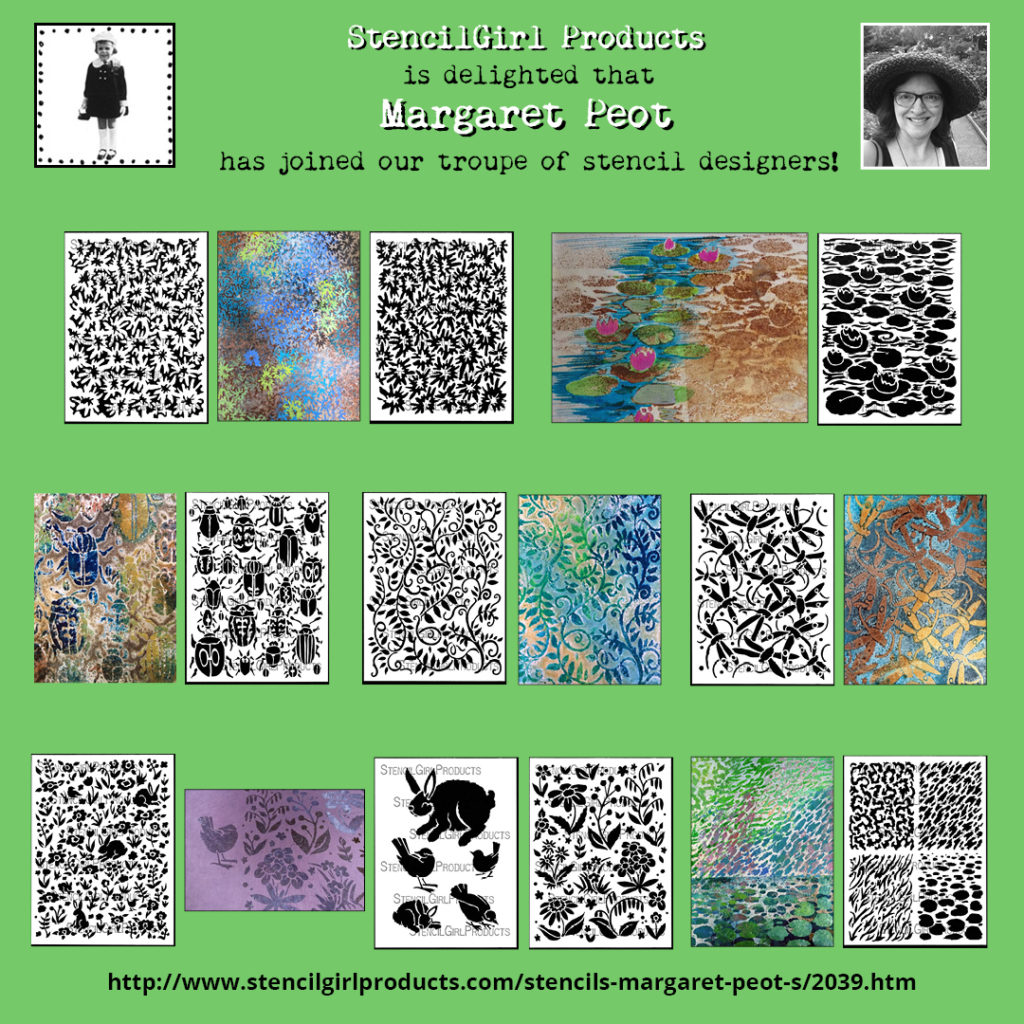