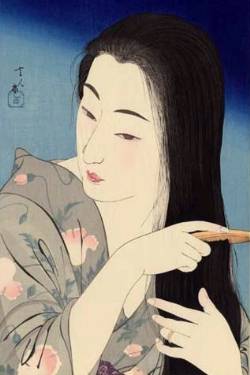 Sei Shonagon was a Japanese court lady, in service to the Empress Teishi around the year 1000. She is best known for her Pillow Book, a collection of observations of court life, and also lists of things: Pleasing Things, Hateful Things, Surprising and Distressful Things, Rare Things. She wrote honestly and well, revealing a personality that is both deep thinking and wistful at times, and also petulant. Some of the things she writes are true today, just like all true, human things are, I suppose. 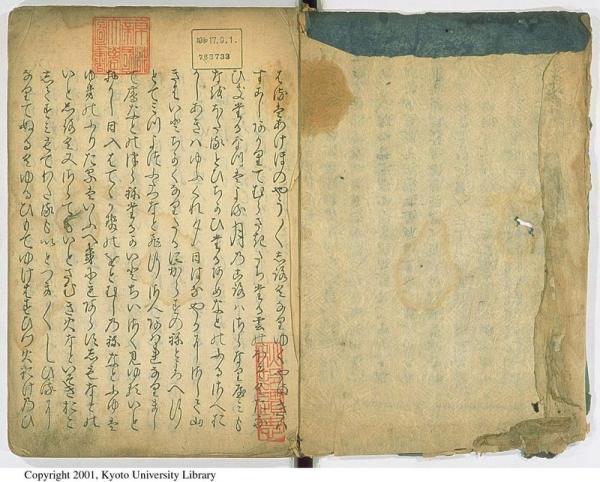 Some quotes from Pillow Book:

“ In spring it is the dawn that is most beautiful. As the light creeps over the hills, their outlines are dyed a faint red and wisps of purplish cloud trail over them.
In summer the nights. Not only when the moon shines, but on dark nights too, as the fireflies flit to and fro, and even when it rains, how beautiful it is!
In autumn, the evenings, when the glittering sun sinks close to the edge of the hills and the crows fly back to their nests in threes and fours and twos; more charming still is a file of wild geese, like specks in the distant sky. When the sun has set, one’s heart is moved by the sound of the wind and the hum of the insects.
In winter the early mornings. It is beautiful indeed when snow has fallen during the night, but splendid too when the ground is white with frost; or even when there is no snow or frost, but it is simply very cold and the attendants hurry from room to room stirring up the fires and bringing charcoal, how well this fits the season’s mood! But as noon approaches and the cold wears off, no one bothers to keep the braziers alight, and soon nothing remains but piles of white ashes.”

“71. Rare Things— A son-in-law who’s praised by his wife’s father. Likewise, a wife who’s loved by her mother-in-law.

A pair of silver tweezers that can actually pull out hairs properly.

A retainer who doesn’t speak ill of his master.

A person who is without a single quirk. Someone who’s superior in both appearance and character, and who’s remained utterly blameless throughout his long dealings with the world.

You never find an instance of two people living together who continue to be overawed by each other’s excellence and always treat each other with scrupulous care and respect, so such a relationship is obviously a great rarity.

Copying out a tale or a volume of poems without smearing any ink on the book you’re copying from. If you’re copying it from some beautiful bound book, you try to take immense care, but somehow you always manage to get ink on it.

Two women, let alone a man and a woman, who vow themselves to each other forever, and actually manage to remain on good terms to the end.”

These beautiful words were translated from Japanese by Ivan Morris in 1991. A copy of the whole thing, should this text touch your heart as it did mine, is available to buy at Indiebound and Amazon. Ivan Morris was a translator of many Japanese works, honored by critics and his peers. He was also the chairman of Amnesty International at the time of his death. The NY Times said, “I can’t imagine a better introduction to Japanese culture than the one ‘The Nobility of Failure’ provides,” wrote Christopher Lehmann‐Haupt in The New York Times. Mr. Morris wrote with a detached elegance. He could also write with passion, as he did in pleas on behalf of what he called prisoners of conscience.”

Thank you to Dr. Janine Beichman, Professor Emerita, Daito Bunka University, for her help in finding the translator of this text. Dr. Beichman is the translator for Beneath the Sleepless Tossing of the Planets: Selected Poems by Makoto Ooka, Winner of 2019-2020 Japan-US. Friendship Commission Prize for the Translation of Japanese Literature. That’s next on my list!