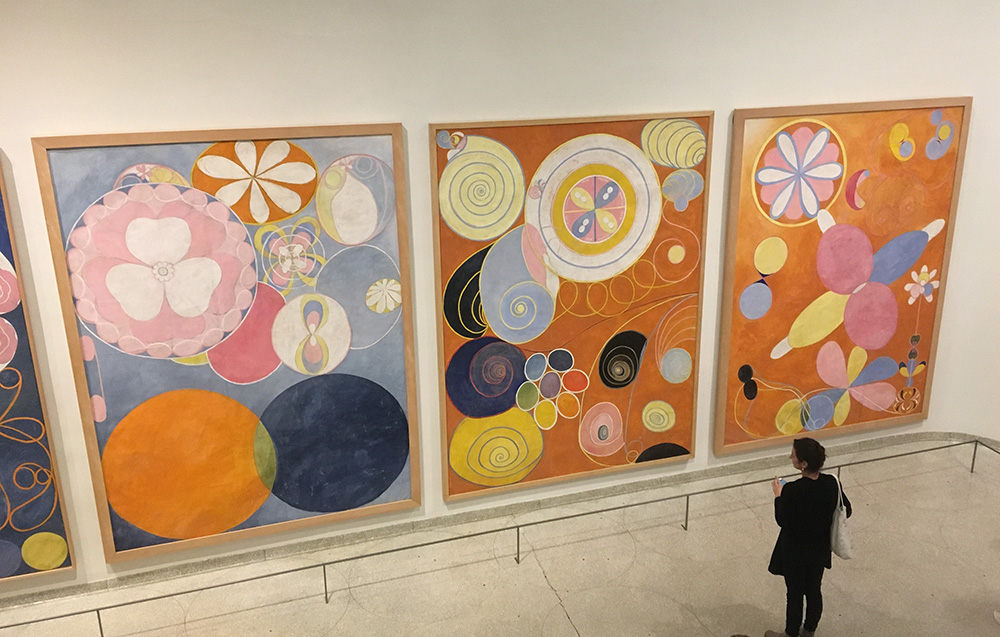 From The Ten Largest: tempera on paper, mounted on canvas 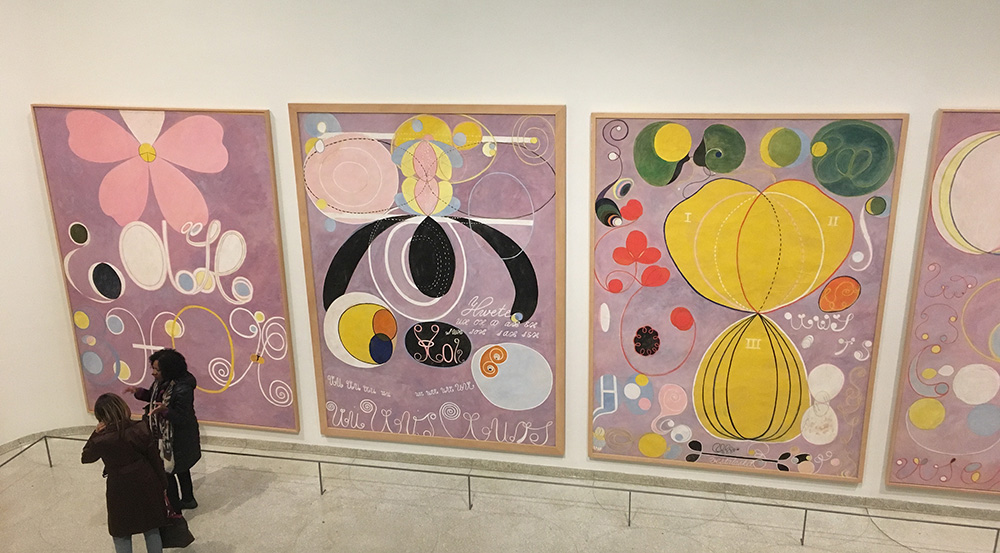 From The Ten Largest: tempera on paper, mounted on canvas

Today I saw a fantastic show of paintings by the Swedish artist Hilma af Klint, who was painting these incredible abstracts in the early 1900s, years before Malevich, Mondrian, Kandinsky were eschewing anything representational. She studied at the Royal Academy in Sweden, studying representational art and painting traditional things.

She started getting involved in spiritualist pursuits and studies, and joined a group of four other women who were attempting to make contact with the world beyond the grave, with the world of spirits. She received a message from these contacts with spirits that told her (I am rushing the story a bit) to prepare some paintings for a temple. She painted many studies and large works, but insisted that her work not be shown until twenty years after her death, as she felt that it wouldn’t be understood. 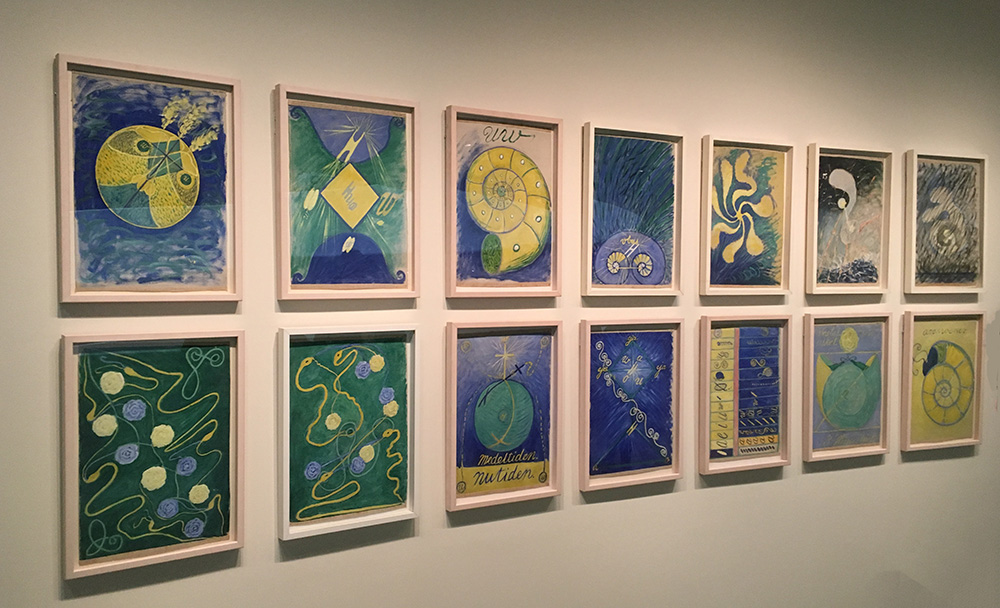 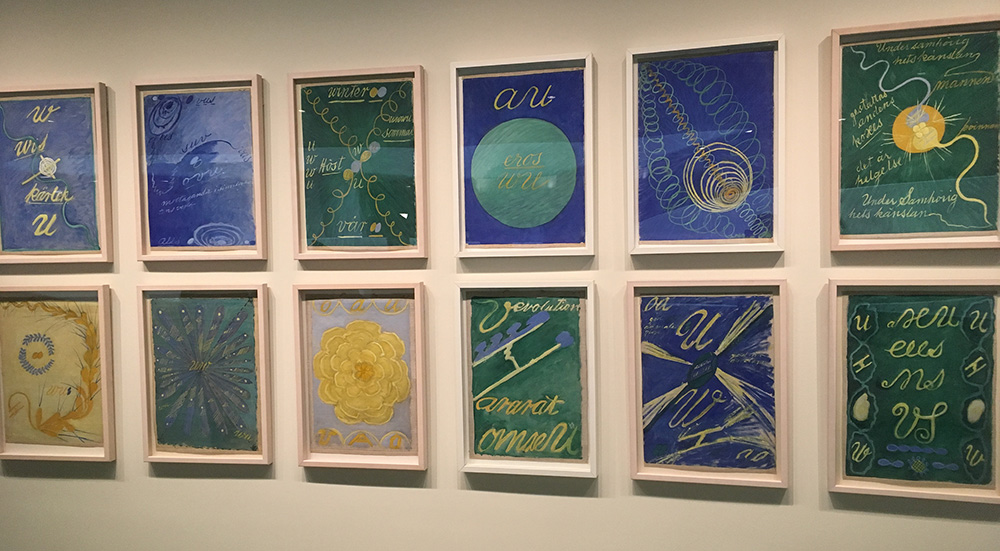 The paintings are astounding: joyful, searching, elegantly executed, with rigor, and also filled with gravity–a dense, vibrating intensity in the room.

Also from The Ten Largest, tempera on paper, mounted on canvas